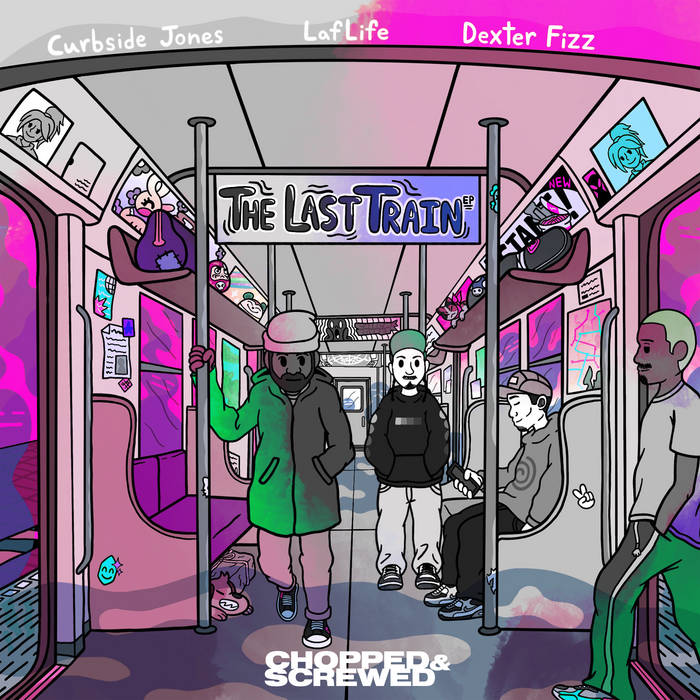 Curbside Jones and Dexter Fizz began working on The Last Train EP in January of 2020. Both artists wanted to use the EP to fuel an international tour in Japan, however, COVID-19 put a halt to their plans. During 2020 Curbside Jones and Dexter Fizz worked closely with the Japanese Hip Hop acts such as LafLife, Muma, Dhrma, Ballhead, NF Zessho, Cram, and UK producer Phill Blanks to help create the soundscape for the EP. Each track serves as a bridge between American Hip Hop and Japanese Hip Hop. The Last Train's theme was inspired by Dexter Fizz's adventures through Tokyo after missing the last train while on tour with Cram. The EP boasts themes of self-reflection, newfound confidence, rebellion, and inspiration. The Last Train is something you don't want to miss, so catch it before the doors close.