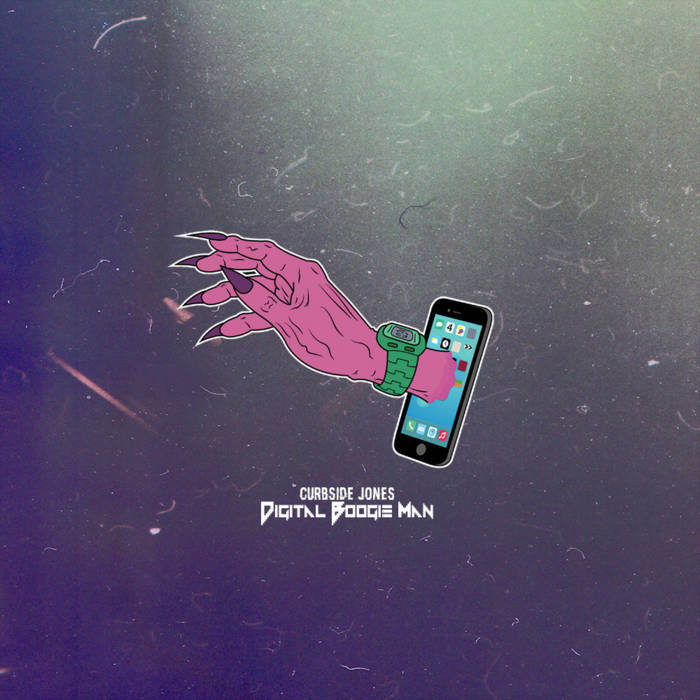 JALENKWRIGHT "I'm a blatant idiocentric" raves Curbside Jones on the opening track. Hardly braggadocious, it serves as a fair warning to those presently unaware for what the 'Digital Boogie Man' has in store for them. Humanity's technological advancements manifesting into something (or someone?!) nightmarish is the premise for the series' first installment which showcases a sonically maturing Curbside Jones struggle with the pros and cons of being called a "bad texter" and tech’s impact on his relationships. Favorite track: Heart//Drive (Prod By. Corey Arnell).

BTGDDSS Let the creators create. That's what Curbside Jones does.

Kingu So stoked I get to start supporting your music man! Can't wait for future releases. Favorite track: Th3 Anatomy.

The first in a two-part series, the project is a concept EP based around the Digital Boogie Man, who is a manifestation of our infatuation with technology. This is the lighter of the two parts, focusing mainly on our interactions that happen behind a screen, hence the cellphone on the cover. Curbside Jones touches on topics such as- texting and driving, becoming 1 with your mobile device, hiding feelings behind a keyboard or phone screen, and more. Curbside Jones enlists producers Corey Arnell and SPELLWRKS to help him craft the 8 track EP. The only guest verse on the project comes from Austin Texas emcee Pliny Science.